Everyone is familiar with Martin Garrix’s music, but how much do you really know about him? Read on to discover 10 interesting facts about the artist here.

Enjoy a playlist with several music videos from Martin Garrix 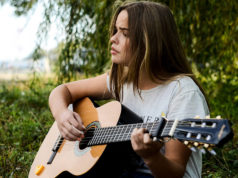 Yo-Yo Ma And The Music Of Strangers

PWR BTTM At The Garage In London

Etymology of “The Weeknd”